To celebrate the launch of the Borletti-Buitoni Trust, Mitsuko Uchida performed together with some of the first ever BB Trust Award Winners – Jonathan Biss piano, Emma Bell soprano, Martin Fröst clarinet and the Jerusalem Quartet – at the Queen Elizabeth Hall in London on Sunday 26 September 2004 as part of the International Chamber Music Season at the South Bank Centre. Prior to the concert Mitsuko Uchida was interviewed by Adam Gatehouse to explain the philosophy behind the work of the Trust and her involvement with young musicians.

The programme, which was repeated at the Concertgebouw, Amsterdam on 29 September, was

Pianist Mitsuko Uchida’s Borletti-Buitoni Trust sounds like a way of ensuring the supremacy of Italian cuisine but is in fact a scheme aimed at helping young musicians early in their professional careers. Last year’s winners provided a festive start to the South Bank’s International Chamber Music Season…in the clarinet part of Schubert’s The Shepherd on the Rock, Fröst’s playing was vividly dramatic. He provided a sensuous accompaniment for Emma Bell’s impassioned singing…Bell was accompanied with brilliant sensitivity by pianist Jonathan Biss…ending with a thrilling performance of the ‘Requiem’ from the Op 90 set. Biss gave the most satisfying individual performance of the whole concert in his searing interpretation of Mozart’s Rondo in A minor, revealing the music’s febrile emotional world and concluding with a coda of chilling emptiness. Finally, the Jerusalem Quartet were joined by Uchida herself in Schumann’s Piano Quintet, a performance of youthful fire and vigour.

A peacock’s scream rent the air; a white avian mask obscured the clarinettist’s face; the stage turned purple. Is this autumn’s International Chamber Music Season on the South Bank starting as it means to go on? I do hope so…Inspired by the experience of performing works by Stockhausen and Boulez which included drama and choreography, Fröst asked the Stockholm-born composer Anders Hillborg to write him a choreographed clarinet concerto. What we saw and heard on Sunday was a 12-minute distillation of the original 30-minute work. It was called Peacock Tales … the artist’s recent work on the great composer-clarinettist collaborations of the past comes to virtuoso fruition here… The Jerusalem Quartet’s…performance of Schumann’s Piano Quintet with Uchida fused youthful intensity and mature mastery.

Mitsuko Uchida has a particular interest in young talent. Accordingly, she used her appearance at the Mozart Saal of the Konzert Haus for such a promotion. For the four-handed piano work by Schubert Lebenssturme, she presented the American, Jonathan Biss. He played with an equal balance of masterly frenzy and subtle tones. Then Uchida accompanied with melodic elegance and transparency, the striking British Soprano, Emma Bell, in a selection of Schubert songs. She sang with clear articulation and considered execution.

Also, with Schumann’s exquisite Fantasiestücke Opus 73, Uchida placed herself discreetly in the role of accompanist giving accent to the variation in tone and elegant phrasing of the Scandinavian clarinettist, Martin Fröst. Next Biss played Brahms F major piano quartet with the young Jerusalem Quartet and this time he shone with manual perfection and sensitivity. He and the Jerusalem Quartet were especially convincing in the virtuostic fast passages.

The evening started with Emma Bell. Together with Uchida and Fröst she gave a brilliant performance of Schubert’s ‘Der hirt auf dem Felsen’. She has a magnificent voice with a big reach….. Jonathan Biss, with whom she sang Schumann, turned out to be a sensitive accompanist and later this evening he made a very good impression with his wonderful performance of Mozart’s Rondo in A. In Schubert’s ‘Hirt’ Fröst had already made a good impression with his beautiful tone and musical playing. In his two solo’s he got a chance to demonstrate what a great musician and performer he is… 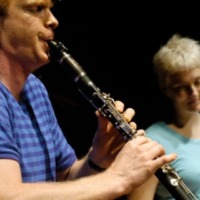 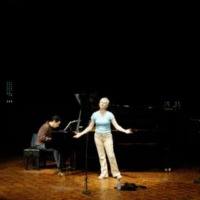 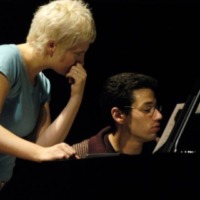 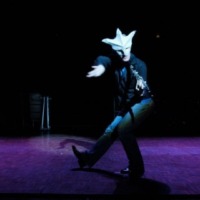 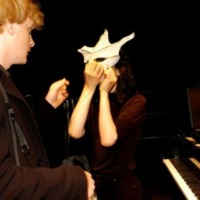 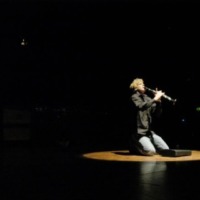 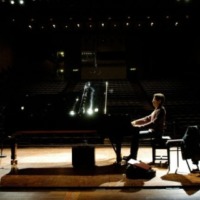 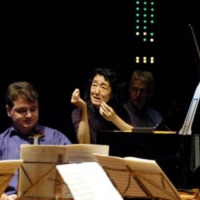 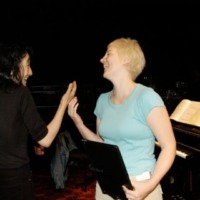 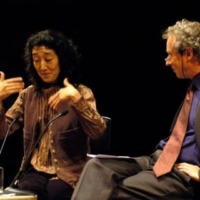 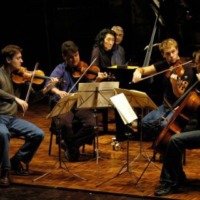