In advance of BBT’s 10th anniversary celebrations in 2013, three of Borletti-Buitoni Trust’s award-winners from 2004, Viviane Hagner, Lawrence Power (as a member of the Leopold String Trio) and Christian Poltéra, formed an exclusive ensemble with newcomer Khatia Buniatishvili (2010 award-winner) for a BBT showcase tour in May 2012.

This concert was part of the International Chamber Music Series

At the London event only, the concert was preceded by the premiere of a short film about the history of the Trust and its work.  Pianist Mitsuko Uchida was interviewed on stage by Southbank Centre’s Head of Music, Marshall Marcus, about her role as founding trustee of BBT and her work with young musicians. The celebrated Aronowitz Ensemble (BBT Special Ensemble Scholarship 2009) also performed in the Front Room at the QEH after the concert in the main hall.

Following on from BBT’s Tours and Residencies with Mitsuko Uchida and Christian Tetzlaff in 2004, 2006 and 2008, before the tour began the quartet met in April 2012 at the secluded Italian country home of Ilaria Borletti Buitoni, affording them the rare and precious bonus of three days to rehearse and get to know each other.

Stage personalities live up to their reputation at the Laureates Concert in Eindhoven.
by Marjolijn Sengers

The Borletti-Buitoni Trust makes it possible for young professional musicians to plan their careers for the long term. This takes place in the shape of an award, a big cash prize. In the Netherlands the trust is not that familiar, though various Dutch musicians like harpist Lavinia Meijer, trombone player Jörgen van Rijen and recorder player Erik Bosgraaf have won the award in the past. So yesterday afternoon, like most laureate concerts at the recital hall of the Muziekgebouw, instead of four very young inexperienced musicians, there were four stage personalities who already had a name to live up to.

Such great technical skill, energy and intensity were brought to the stage by violinist Viviane Hagner, violist Lawrence Power, cellist Christian Poltéra and pianist Khatia Buniatishvili. All four of them have their own stories to tell, but in this chamber music repertoire they connected their soloist qualities to a joint cause, putting not their four egos, but the content of the music first. They played without reserve and completely dedicated to the music. It was beautiful to see how they enjoyed the music and each other, how they made eye contact, smiled to each other and stimulated each other to give the very best they had. That led to confident, spirited performances of the dynamic first piano quartet of Brahms and the fresh, also first String trio by Beethoven. Intense and heartfelt were the slow movements, fiery and incredibly agile the fast ones, not at any moment did the attention slacken, nor did the enthusiasm; Long may they stay together, these four young, sympathetic and talented first-rate musicians. 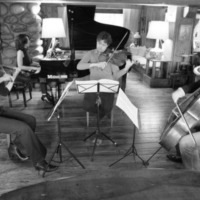 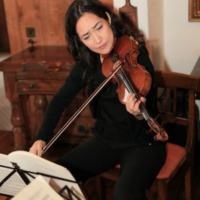 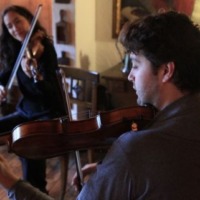 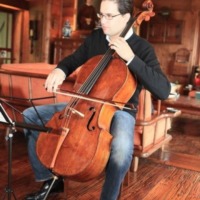 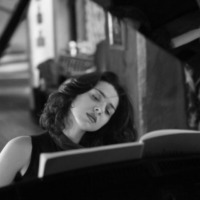