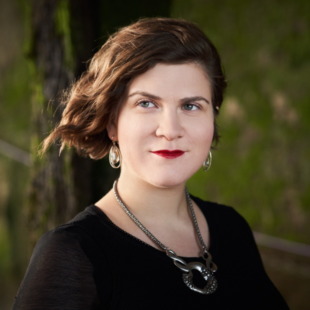 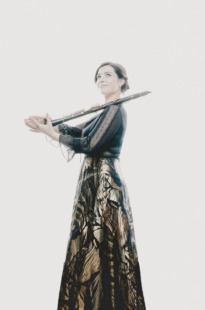 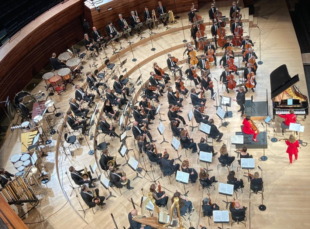 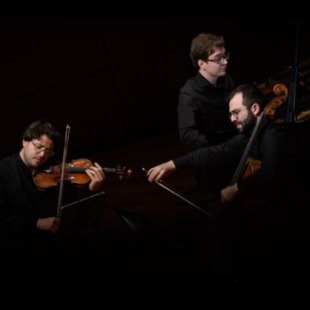 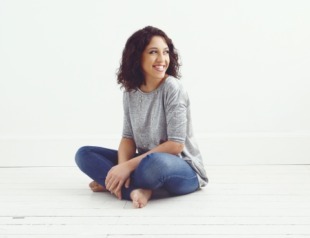 Premiered in Perugia on 9 October 2021 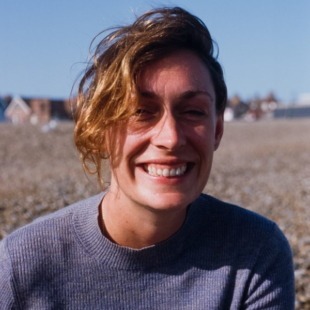 Kate Whitley piano/composer
Opera Oratorio Our Future in Your Hands

A co-commission by Buxton International Festival, Royal Over-Seas League
and Borletti-Buitoni Trust
Libretto by Laura Attridge, on the subject of climate change

World premiere 17 October 2020: concert in honour of Frédéric Lodéon on his retirement from France Musique 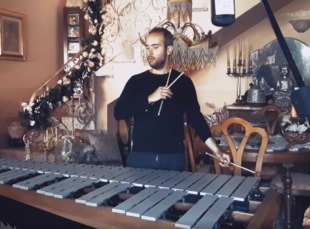 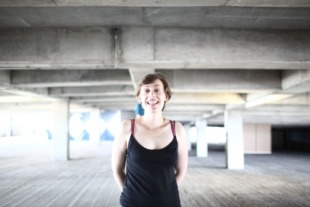 Commissioned by the Borletti-Buitoni Trust
Poems by Sabrina Mahfouz 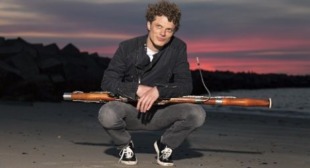 “Holliger, here, is inspired by the short funeral music (D. 79) that a 16-year-old Schubert had written for himself: the voice, piano and clarinet explore together or separately all the nuances of the Schubertian sound. Most admirable here, perhaps, is the way Holliger, rather than just writing a bravura piece for her [Richter], penetrates the heart of his young interpreter’s vocal identity to feed his own writing, giving us a kind of sound X-ray of this performer’s extraordinary gift.”
Dominique Adrian, ResMusica, 11 January 2019

“Reliquien is… a very interesting examination of texts by Schubert… Richter’s interpretation was outstanding, every word, every phrasing expressed with intelligence and skill. And the soprano makes no difference between Holliger, Spohr and Schubert. All songs were performed with the same intensity and seriousness.”
Alain Steffen, Tageblatt, 10 January 2019

“…the direct effect [of the music] is undeniably physical and spiritual. The shaping of the work by the three protagonists at the premiere in the presence of the composer was exemplary.”
Uwe Krusch, Pizzicato, 10 January 2019 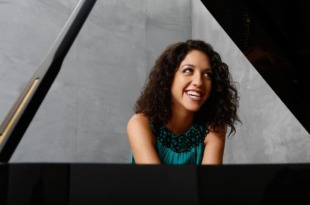 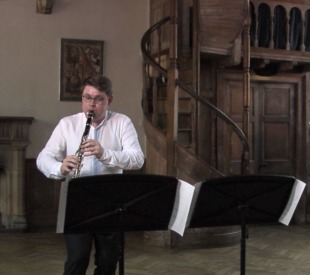 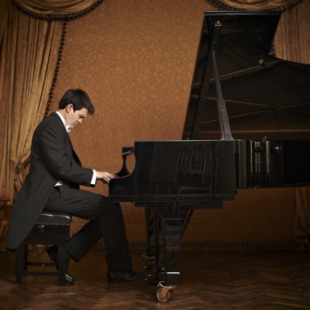 Co-commissioned with Wigmore Hall with the support of André Hoffmann, president of the Fondation Hoffmann, a Swiss grant-making foundation, and anonymous donors 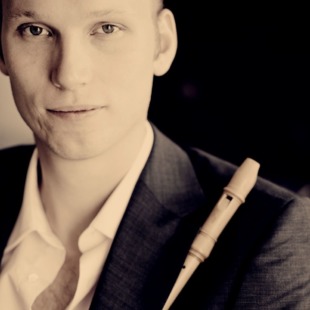 The composer writes:
“My new Recorder Concerto which I especially composed for Erik Bosgraaf has become yet one of my most personal and biographical works and has an enormous emotional impact.”
Willem Jeths

Jeths’ Recorder Concerto tops the genre *****
“Those who thought that a quiet-sounding renaissance recorder would lose out to an outsized modern symphony orchestra had not counted on [Willem Jeths].  Jeths has a great feeling for the concerto…  and [his] Recorder Concerto can claim right away to be one of his best compositions in this genre.
“Jeths’ long melodies – and they are proper melodies – were played by Erik Bosgraaf with a tremendous sense of line and phasing.”
Peter van der Lint, Trouw, Amsterdam, 22 December 2014 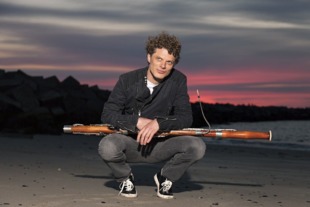 “Dutchman Bram van Sambeek understands Fagerlund’s language and was able to transform the voice of the bassoon into a wizard’s voice which, in the Sibelius Hall’s woodwind-friendly acoustic, appeared to originate from the ceiling and intoxicatingly envelop the audience. The atmosphere of an incantation ritual was satisfyingly many-layered:  the mix included shamanistic drums, keening, lamentations and incantations and Fagerlund brilliantly balanced agony and animistic joy of life.”
Auli Särkiö, Rondo Classic, 6 December 2014

Shamanism à la Fagerlund
“The piece [Mana] grabs the audience’s attention from the very first note, with the bassoon a kind of sorcerer driving ahead, trance-like, on a breathtaking journey through ever-changing exterior and interior landscapes…A magical wind instrumentalist, Bram van Sambeek is one of the few bassoon players to have chosen a career as a soloist and chamber musician and he mastered effortlessly the hair-raising technical challenges that pepper Fagerlund’s score.”
Mats Liljeroos, Hufvudstadsbladet, 7 December 2014 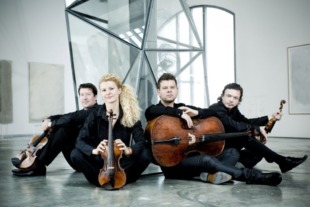 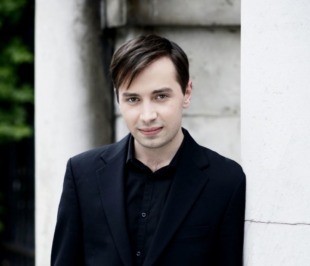 “Walker, playing with staggering virtuosity and charm, kept the audience on the edge of their seats throughout, and brought the house down at the end.”
Tim Ashley, The Guardian 26 February 2014

“Adam Walker seemed up for every challenge thrown at him. The opening veered between agitation and calm, cascades of obsessive repetition giving way to something more lyrical. Then came a movement of soulful rhapsody, Walker’s flute calling out longingly, the rest of the orchestra responding in kind… Flute-players may end up being grateful for the way that this new concerto expands their repertoire.”
Nick Kimberley, London Evening Standard 24 Feb 2014

Hear an excerpt from the second performance, given by Adam Walker, the BBC National Orchestra of Wales and
conductor Duncan Ward, from the 2014 Vale of Glamorgan Festival, recorded by the BBC, 14 May 2014

The concerto was recorded for NMC with Adam Walker accompanied by The Hallé and Ryal Wigglesworth, released in 2018. 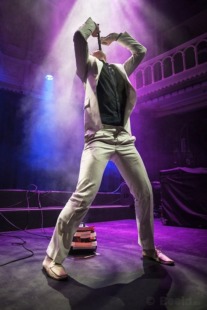 Anna Meredith has taken the starting point of origami paper-folding for a set of songs for solo recorder player Erik Bosgraaf, ensemble and electronics. Each song is pop-song length and will live very much in its own ‘world’ and features a different one of Erik’s many recorders. In origami there are a set of foundation folds which form the base structure for additional or more complicated moves: blintz, kite, fish, bomb, square, bird and frog. Anna has composed songs drawing on each of these varied origami foundations.

Each of Anna’s songs references these structures either directly through music which links to the structure and mechanism of these folds or indirectly through textures such as an ensemble of paper scrunchers and tearers while birds circle overhead. Anna is drawn to the immersive possibilities of these short pieces and is thinking of them in many ways like a set of songs where Erik is a soloist but not in a traditional ‘concerto’ format and he someties simply plays a couple of notes in order to build the right feel and where everything is about creating these miniaturised, fragile yet robust, sharp and intricate worlds. 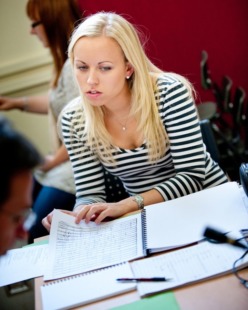 “Inspired by Hummel’s and Haydn’s classical trumpet concertos, Sørensen … has composed a robust work quite typical for our time – a work which I absolutely believe will find its place at the great concert venues in the time to come.”
Bergens Tidende, 21 September 2013 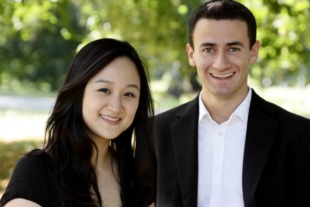 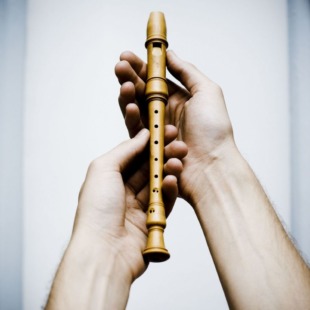 The composer writes:
“This new composition for Recorder, Orchestra and Live Electronics is inspired by traditional Korean Shamanic rituals. Traditional Korean ritual music, being rhythmical, furious and noisy, yields new ways to looking at – and perhaps listening to – the Orchestra. Furthermore, the practice of these rituals gives us different perspectives on the role of the solo musician relative to ensemble playing.”
Ji Youn Kang 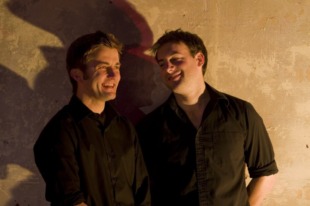 The composer cites ritual, dance and song as the three key elements of this work. The four movements – Earshot, At the Double, Breaking Silence (Secret Song) and Hook – harness the brilliant technique and animated physicality of Cox and Gunnell, from the opening reveille, through wisps of melodic and lyrical percussion calls in the third movement, to virtuosic drumming and dance-like loops, drops and grooves in the finale. 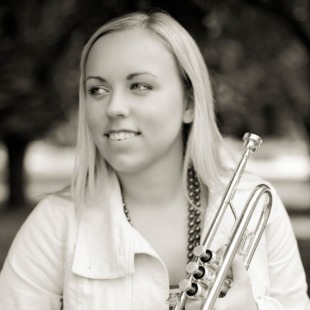 Helical Strake explores the ideas of air frequencies and flows, relentless wind and things on the edge of collapse – and is described by the composer as a real test of stamina for both players who need to be perfectly synchronised for the entire duration of this ten-minute piece.

Hear an excerpt from the UK premiere performance recorded live at London’s Wigmore Hall by BBC Radio 3.   Kathryn Stott introduces the work from the stage. 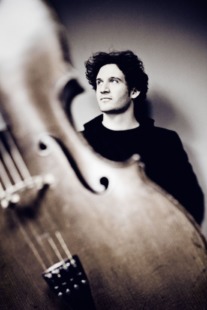 The composer writes:
“This duo is built on a simple harmonic structure, the repetition of a single chord (with particular reference to Ravel’s Sonata), evoking a dance between the instrumentalists, as the title suggests. Written for a Finnish violinist and a Franco-German cellist, the music contrasts hot and cold, calm and exuberance, as if in a dialogue between a Nordic and a Latin. These notions are purely anecdotal, however, as the music tries above all to find a consistent and eloquent narrative line, through a dialogue that is sometimes harmonious, sometimes disjointed. As an interlude between the moderato “Ballade” and the breathless “Signals”, the short second movement “Songe” is a smaller relative (like a little brother) of the central movement of the concerto for string quartet and orchestra “Elea” entitled “Pôle” inspired by a certain modern minimalism, with accents from a Hungarian musical style.”
Raphaël Merlin (cello, Quatuor Ébène) 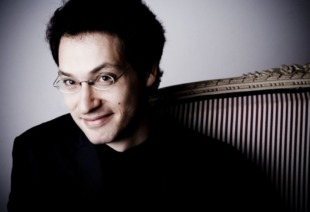 “Forget the stereotype of a lumbering, comedy instrument; van Rijen and Aho turned the trombone into a fount of melodic grace and gambolling, cradled over four generous movements by an equally refined orchestra”
Geoff Brown, The Times 16 May 2012

“the trombone was mournful or jaunty but always lyrical. While the whole piece was expertly crafted, busy percussion hinted at Latin show-tunes bursting to get out.”
Nick Kimberley, Evening Standard 11 May 2012 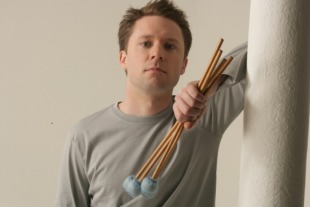 “In this world premiere Håkan Hardenberger played in the highest register and didn’t fail in delivering the top notes. Meanwhile Colin Currie not only established a strong rhythm section but also created harmonious sounds with his instruments.”
Hannoversche Allgemeine Zeitung, 18 April 2011

“the concerto dazzles like a 100-watt bulb in a hall of mirrors…the restless energy of Ogrintchouk’s performance could power the Barbican’s stage lights for months…”
Erica Jeal, The Guardian 21 December 2010

“The small patterns swelled into big ones, swooping up and down the entire range of the oboe with a virtuosity that had to be heard to be believed.”
Ivan Hewett, Daily Telegraph 20 December 2010

“Stephen McNeff’s ConcertO Duo, written for the outrageously talented percussionists O Duo… plays to their strengths by exploiting split-second timing and staggering virtuosity on anything that could reasonably be hit with a stick.”
Barry Millington London Evening Standard 25 October 2010

“This was an engaging work that made imaginative use of the instruments and staging, from whistles and untuned percussion recalling a carnival dance, to the more dark, funereal atmosphere created by tubular bells.”
Hannah Gill, Bachtrack 24 October 2010

Hear an excerpt of the live recording from the Amsterdam premiere, Muziekgebouw Amsterdam 20 February 2010, courtesy of NPS 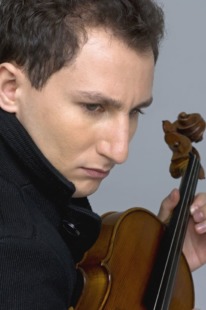 “Antoine Tamestit played it with virtuosity and a heartwarming tone”
Salzburger Nachrichten, 12 October 2009 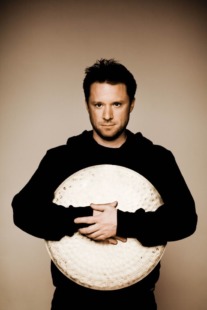 “Currie’s virtosic performance confirmed that the percussion repertory has been enriched.”
John Allison, Sunday Telegraph May 2008

“Glanert whisks us on a journey through space to Mars.The seed material is a little scale in thirds running up and down. In itself it is nothing. But Glanert the magician turns it into a pulsing particle of matter, constantly mutating and exploding. Moore and Crawford-Phillips proved ideal spacemen, with Brabbins and the orchestra riding alongside.”
Geoff Brown, The Times 18 March 2008

“Enthralling stuff, every second of it.”
Tim Ashley, Guardian 17 February 2007

“a work of beguiling beauty and huge excitement.”
Hilary Finch, The Times 25 April 2006

“An atmospheric piece, it moves from a tempestuous opening via achingly beautiful solo passages and a vibrant scherzo to a dazzling, multi-phonic coda. The perfect showcase for the remarkable skills of the Swedish soloist Fröst.”
Anthony Holden, The Observer 30 April 2006

Premiere on US recital tour, 2005/06
Commissioned for Jonathan Biss by Borletti-Buitoni Trust

“…a grab-bag of contemporary sounds that the bemused composer encounters on his journey through our high-tech world, interrupted occasionally by nostalgic strains from The Missouri Waltz struggling to compete.”
Broadstreet Review, 3 January 2006 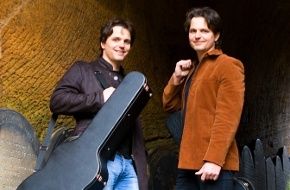 “… the beauty of the glassy second movement and the brittle clarity of the final chase…… leaves you wanting more: the brilliant Katona twins are clearly capable of it.”
The Times, 6 July 2004