“James Baillieu was instrumental in the commission [Nico Muhly’s Lorne ys my liking] and it was funded partly from his Borletti Buitoni Trust Fellowship funds. His reward was to help bring to life a remarkably striking new work, and one which rewarded Baillieu with a dazzling piano part which was far more than accompaniment.”
Robert Hugill, Planet Hugill, 6 December 2015

“Plaudits should also go to the excellent pianist, James Baillieu, who contributed much to the make-up of the programme and accompanied with an unassertive sensitivity and imagination that illuminated every aspect of both music and text”
Rupert Christiansen, Daily Telegraph, 7 December 2015

“Baillieu gave us some gorgeous iridescent modulations at the beginning of the first song and imaginative tone painting in the final song.”
Robert Beattie Seen and heard International, 7 December 2015

“There was keen intelligence in the programming, an ear for subtle literary and musical connections and significant personal investment … There was also some of the most sheerly beautiful singing and playing to be heard from this generation of musicians.”
Anna Picard, The Times, 7 December 2015

* Co-commission with Wigmore Hall with the support of André Hoffmann, president of the Fondation Hoffmann, a Swiss grant-making foundation, and anonymous donors 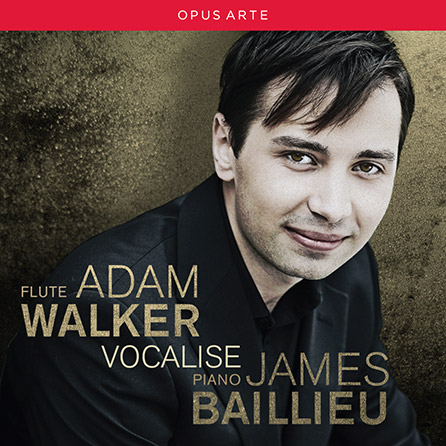 “He is a superb player, with a tone that is slightly cool, and there is much delicacy of nuance in his phrasing…the programme could not be more enticing. Poulenc’s Flute Sonata has one of those exquisite, unforgettable cantilena slow movements, and it is played here quite magically. The work then ends with a delicious Presto giocoso which brings stunning virtuosity from Adam Walker… James Baillieu provides accompaniments with just the right degree of often gentle support, balanced with the flute to perfection.”
Ivan March, Gramophone July 2013