BBT continues its participation in collaborative projects with music partners around the world.  These provide valuable opportunities for BBT award winners to work and perform with esteemed colleagues and mentors in renowned centres of musical excellence. As a result of launching BBT Communities in 2019, the Trust also sponsored a research initiative into the benefits of music in the realm of health and wellbeing.

Celebrating its 75th season from autumn 2020, Amici della Musica Perugia hosted the Borletti-Buitoni Trust tribute to Franco Buitoni in October 2018, coincidentally celebrating the Trust’s own 15th anniversary.   Franco had followed his mother Alba, who was artistic director for 40 years, and served himself for over 30 years.  We are delighted that so many BBT artists have played in Perugia over the years, and the link is even stronger now, with four BBT artists and ensembles appearing in the 74th season (2019/20): pianist Beatrice Rana and three string quartets: the Calidore, Lyskamm and Cremona.
Amici della Musica, Perugia website
BBT15 page

Concentrating on young musicians – hence an immediate point of contact with the Borletti-Buitoni Trust – the annual Bothmer-Musik Festival is part of the much larger Mecklenburg-Vorpommern Festival which was founded in 1990.  The Bothmer-Musik Festival brings together up-and-coming classical artists for a three-day extravaganza based at the magnificent stately home, Schloss Bothmer, which opened to the public after restoration in 2015.  Here the talent of the ‘Young Elite Musicians’ get to work together on chamber repertoire and perform publicly.  Horn player Alec Frank-Gemmill and BBT’s two latest violists, Eivind Ringstad and Diyang Mei have most recently joined the throng.
Mecklenburg-Vorpommern Festival (for Bothmer-Musik Festival) website

In collaboration with the Association of Italian Historic Houses (ADSI), the Italian National Trust (FAI), the European Historic Houses (EHH) and the Fundación de Casas Históricas y Singulares, Le Dimore del Quartetto has created a network of splendid houses to host young musicians for periods of intensive study. In return for this hospitality the musicians give a house concert, attracting new audiences to classical music who also benefit from privileged access to private residences of cultural significance. Founded in 2015 in Italy, it swiftly extended its reach into Europe to offer even greater possibilities for musicians. In 2019, the project received the European Heritage Award in the category Education, Training and Awareness-Raising. BBT pledges to support its award winners who want to take advantage of this exceptional opportunity.
Le Dimore del Quartetto website 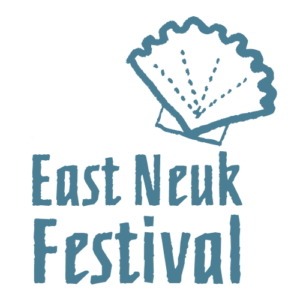 Founded in 2004 and set in the distinctive coastal region of eastern Fife in Scotland, the annual East Neuk Festival has rapidly established itself as one of Britain’s most important chamber music festivals. For five days around 1 July, celebrated musicians from around the world come together for a curated programme of chamber music, jazz, world and contemporary premieres presented in intimate venues around the region. Its ENF Retreat programme creates artistic and personal development opportunities for outstanding young artists whose work features in the programme.  Regular BBT visitors include pianist Llyr Williams, horn player Alec Frank-Gemmill, violist Diyang Mei (who first attended the ENF Retreat – a hothouse for young musicians), guitarist Sean Shibe and a cornucopia of string quartets including the Elias, Ebène, Pavel Haas, Calidore and Castalian.   Future developments include enhancement of the ENF Retreat programme to allow for projects throughout the year to develop new ideas.
East Neuk Festival website

Although it had to wait nearly a century for its long-mooted concert hall, Eindhoven has offered an eclectic mix of music at its Muziekgebouw since it opened in 1992 when the venue was named in honour of Frits Philips (from the famous Dutch electronics and classical recording company). Its packed annual season offers a world-class programme from opera to recitals, from jazz to world music.  In the 2019/20 season, BBT artists appearing include Maria Milstein, Augustin Hadelich, Henk Neven, Hannes Minnaar, Katona Twins and Lavinia Meijer, as well as two BBT Award winners from 2018 – clarinettist Annelien Van Wauwe and the Dudok Quartet Amsterdam – playing together.
Eindhoven Muziekgebouw website

Founded in 1864 by Arrigo Boito and Tito Ricordi, with the intention to “encourage and disseminate devotion to good music through public and private concerts, especially of the quartet and symphonic repertoire,” the Società del Quartetto over 150 years has kept to this aim not only with performances in the Sala Verdi of the Milan Conservatory, but also other venues across Milan. Its ongoing roll-call of performers includes Jordi Savall, Andras Schiff, Daniil Trifonov, Ton Koopman, Krystian Zimerman, Angela Hewitt, King’s Singers and many others. In addition the Società del Quartetto collaborates with the likes of La Scala, Le Dimore del Quartetto, Teatro Parenti, Casa Verdi, FAI, IED Milano and Civica Scuola di Musica Claudio Abbado. The City of Milan has recognised these efforts by conferring on the Società del Quartetto the Ambrogino d’oro, the city’s greatest honour. In June 2018 the Society announced its commitment to feature BBT artists in its future seasons (the first were Dudok Kwartet Amsterdam and clarinettist Annelien Van Wauwe).
Società del Quartetto di Milano website

University of Florida One Health Center of Excellence

The One Health Center of Excellence at the University of Florida focuses on understanding the interconnections between the health of humans, animals, plants, and the environment. BBT Communities has sponsored the 2019 UF Leonardo Fellowship which has been awarded to Aaron Colverson who is developing a summary of current knowledge on the use of music in patients affected by early onset Alzheimer’s Disease, as well as recommendations for patients and their families on how music can form part of care programmes.
University of Florida One Health Center Fellowship website 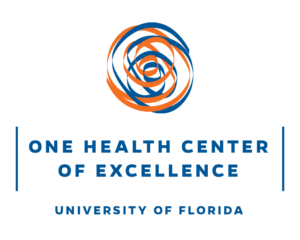