Borletti-Buitoni Trust
Back to Blog
14 November 2020

#BBTathomeforawhile –
Authenticity and Enlightenment
in Lockdown

In an article written for The Arts Desk, reprinted here with permission, Alec Frank-Gemmill talks about his new BBT-supported SACD for Bis: Brahms Chamber Music.

The UK’s music industry is in dire straits and my heart goes out to friends and colleagues in financial need. For a proper discussion of the current situation, I refer you to Sophia Rahman’s excellent article for theartsdesk. What I have written here is comparatively superficial. But I hope that it might provide some light relief.

During my time as a professional musician it has been a privilege being invited to various orchestras and festivals abroad. Indeed, as somebody who is half-German and half-English, and having also studied in Switzerland, lived in Austria and now in Sweden, travel has become part of my identity. This explains in part my personal sense of loss when my fellow Brits voted for Brexit, but that is a topic for another article. My point here is simply that, back in March when all concerts were cancelled and travel was prohibited, it was hard to know what to do. 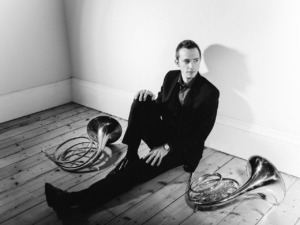 Like most people, my search for inspiration began with the internet. After wading through swathes of material of remarkably little appeal, I came across one website that is truly magnificent: earlymusicsources.com. Having the time to explore this site and the topics discussed there has been fascinating and even clarified my own approach to music-making. For a musician used to being on the road, travelling back in time with this website was great therapy while stuck at home.

Dr Elam Rotem is the mastermind behind earlymusicsources. Primarily a database for accessing everything to do with music-history research online, it also includes a fantastic series of Youtube videos. From an exploration of early 20th Century recordings to a discussion of Falsobordone, every episode finds the perfect balance of erudition and fun. Not only did I become interested in aspects of the early music scene I had previously thought too dry (Falsobordone!) but each video also led me to question some basic assumptions. Take the latest episode, for example, which is about countertenors. I had no idea that, contrary to the tendency nowadays, countertenors would not have taken part in baroque opera. This voice type belonged to a separate, choral tradition and was not considered an appropriate substitute for castrato, as it is nowadays. I have performed the horn obbligato from Handel’s Va tacito e nascosto numerous times alongside a countertenor, less often with contralto. But it would be wrong to think it sounds more authentic with a man.

Debunking early music myths like this really appeals to me. Not because I disagree with the ethos of the movement but, rather, because this process is the very essence of being historically-informed. The more we examine the historical sources, the more questions arise, the more creative we can be. The music world has been so much richer since Alfred Deller et al arrived on the scene. Debates about authenticity often become divisive but I think this misses the point. Just because Handel did not intend Va tacito for a countertenor, that is not to say it is wrong for us to cast one. Having a male Cesare might bring us closer to the meaning of the music. It might also bring us closer to how the composer meant it to sound. Or it might not!

My latest album, of works by Brahms (with pianist Daniel Grimwood and violinist Benjamin Marquise Gilmore), treads this fine line between historical evidence and creative freedom. It presents two works originally written for violin and for cello, and also the Trio Op 40 on a type of horn for which that piece was almost certainly not written. But my choices of repertoire and horn were not wilful ignorance but inspired by certain historical facts. In the mid-19th Century, swapping a piece written for one instrument onto another was very common. Schumann’s Adagio and Allegro Op 70, for example, was published for “horn or violoncello” and premiered on the violin. Admittedly, at the time the best wind music was usually made available for strings and not vice-versa but I saw it as my task to convince the listener that these horn versions of Brahms’ Scherzo in C minor and Cello Sonata op. 38 are permissible. 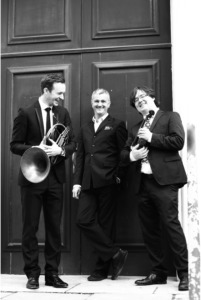 Meanwhile, it is quite clear that Brahms wrote his Trio Op 40 for a “Waldhorn” without valves (pictured above on the left). But should this stop us from playing this work with valves? That would mean ignoring a wonderful 150-year long tradition of performing it this way. And if we examine why Brahms favoured the natural horn we can see that it was not the hand-stopped notes of the natural horn he favoured but actually the softer balance of this type of horn versus its valved successor: “[if] the wind player is not compelled by the stopped notes to play gently, then also the piano and violin are not obliged to conform to him. All the poetry is lost and the sound is coarse and repulsive from the very beginning”. In this light, the most creative solution for me was to borrow an old piston-valve horn (an instrument played by Aubrey Brain on his 1933 recording of the work). It provided some of the colour of the Waldhorn but could also balance down to my colleagues on modern violin and piano.

Thanks in part to all the time I have spent on earlymusicsources.com, I now realise just how much the search for historically-informed ways of playing is more important, more creative and more inspiring than actually finding the definitive, one “best” way to perform a piece of music. When our choices are informed by the sources but not reduced by them, I find they are much more interesting. In this way even when concerts are cancelled and musicians are not meeting, the music does not stop. All hail earlymusicsources!