Borletti-Buitoni Trust
Back to Blog
10 November 2020

Since June 2020 my husband, violinist Mathieu van Bellen, and I have been realising a long-held dream of creating a chamber music centre in the Netherlands: MuziekHaven Zaandam – a performance and recording space where musicians could retreat to devote themselves fully to their music. We acquired a wooden barn church from the 17th century with gorgeous acoustics and its adjacent rectory which provided all the facilities to allow our dream to become reality. 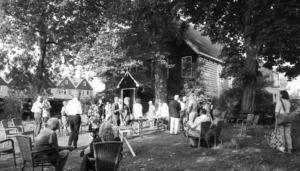 The pandemic and subsequent lockdown in March wiped both our concert schedules, and while the timing was lucky as I was about to give birth to our son, the total unclarity about our future as musicians was anguishing.

As the pandemic kept unfolding and it became clear that concerts in their normal form wouldn’t resume any time soon, the need for us and our colleagues to perform for audiences and earn a living became so painfully apparent that Mathieu and I decided to temporarily reconvert our chamber music centre into a concert hall and launched a series of summer concerts for a small audience. 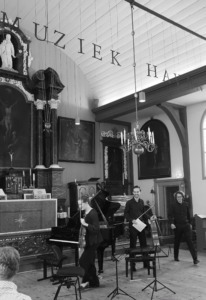 As we contacted our colleagues in The Netherlands we realised how great the need was – every musician we approached said yes, and we were able to welcome top Dutch artists such as Liza Ferschtman, Hannes Minnaar, Quirine Viersen, Dudok Quartet, Busch Trio, Calefax Reed Quintet and Van Baerle Trio throughout the summer, to everyone’s great relief and happiness – and to offer artists a fair fee thanks to several temporary subsidies we were able to obtain.

This unexpected temporary switch from performing musician to programmer/organiser was an incredible learning process but also a huge challenge and it was a relief to finally resume performing after several months of silence, as the rules relaxed and concert halls started opening again.

Now with the second wave of the pandemic raging and halls closing again, Mathieu and I are already brainstorming about future projects in MuziekHaven, and looking for creative ways to keep live music alive in these barren times.