Borletti-Buitoni Trust
Back to Blog
16 September 2020

#BBTathomeforawhile –
Getting Back to the Keyboard

I bet that most of my colleagues in UK (and not only) have by now heard of the Fidelio Orchestra Café. Started less than two years ago as an initiative of young Italian, Raffaello Morales, Fidelio Café is an unconventional space for classical music, where the relationship between audience and musicians is created by an informal atmosphere as well as planned performances.

Not very long after it opened, the lockdown forced it to stop. As for many of us, the situation both presented a challenge as well as an opportunity for fresh ideas. It was no different for Raffaello, who realised early enough that, by early July, he could be back up and running, even with social distancing. He has therefore managed to organise a series of concerts, followed by dinner, which has turned out to be a quite unique way of allowing live music to happen again. That would have been quite amazing in itself, but it turned out to be even more so, as musicians such as Steven Isserlis, Alina Ibragimova, Pavel Kolesnikov – just to name few – agreed to play there, creating even more attention around Fidelio.

Everyone loves the place and making music there, with the feeling of being close to the audience, especially after months apart, in a situation where everyone is free to experiment.

Raffaello and I have known each other for a little while. When we were chatting over the phone not long after July’s concerts had started, at some point we almost simultaneously came up with the idea: “wouldn’t it be great to do all Beethoven Sonatas at Fidelio?” In just a few hours we were already trying to plan it. It somehow seemed to me a quite crazy and ambitious idea and yet, that made lots of sense, now more than ever. 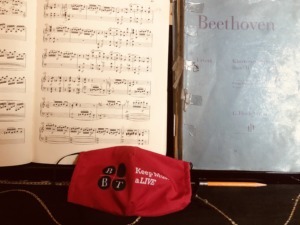 My first reaction, after we started thinking of doing it at Fidelio, was to have the opportunity to somehow finalise the work I’d been doing on playing all the Sonatas live, especially in this new and lively space. It was a way of overcoming the months locked-down at home, during which I finished learning all the Sonatas, and while following what was happening – watching date after date get cancelled – this novel idea became even more important.. The excitement I felt (and still do) was very much about doing it over there, in a place like that, in central London, in an unusual venue for a long term project, something so different from what I’m used to do. And most of all, I was excited about something that offered another way of playing music during a time where more “official” venues remain closed and concerts are very much reduced. It’s not a matter of having gigs in my diary (of course, that too), the main point is that we’re all trying to find new ways to keep on doing what we love.

Our Beethoven project will last until early March 2021. Each of the ten programmes will be one hour long, and be repeated over two or three days in a row. We’re starting in mid September with the first two programmes (15/16, then 18/19 September) after which there will be one recital roughly every three weeks. While planning it, we let our imagination run and also decided to celebrate New Year’s Eve there, with Beethoven’s three last Sonatas, each day of the last three days of the year (with a party afterwards on the 31 December, social distancing permitting). Op 106 – Hammerklavier – closes the cycle at the last recital in March.

Most probably we will also have to face some unforeseen issues related to the development of the pandemic, eventual quarantine with travelling etc. Nevertheless, it really is exciting to even think of planning something like this. Personally speaking, of course, it’s a great challenge, but I like to think of it only as a first step, with the possibility of doing it again later in life. I won’t even begin to go into describing what Beethoven represents for me, for musicians in general, and for a pianist to perform all his Sonatas. 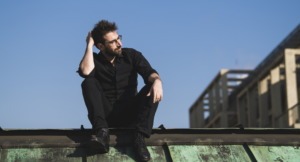 I’ve also been giving some thoughts about the current situation. Although it’s quite impossible, for now, to have a broader view (as things keep on changing and evolving one week to the other) I have seen two main things happening over the past few months:

Everyone is trying to find a solution that will allow us to survive, first and foremost, and I’m in that position, like anyone else.

My personal position on the streaming, in particular during the lockdown, was very similar to the one expressed by the Aris Quartet in its #BBTathomeforawhile Blog, referring to the reaction of musicians during lockdown and the huge amount of home-made material that went online.

As for more organised and officially streamed concerts, I perfectly understand the need of many presenters to programme them, in order to continue activities, remain visible out there and maintain links with their audiences. I don’t think anyone is necessarily thinking of it as the best possible way of doing things. It would be stating the obvious to praise live performances versus streamed ones: if we could be giving concerts, we’d all just continue planning and performing them, and audiences would still be going to listen to them.

Moreover, streaming certainly isn’t a problem in itself, rather it’s affords the opportunity to include additional content to the live music. And, of course, it already existed. But streaming can’t replace live music, since music-making is based on sound, and the sharing of that sound which we hear in the same space (determined by the very acoustic of room). In fact, perhaps even more than actual sounds, it’s the sharing of silences that makes live performances so unrepeatable.

My hope and effort, as an artist, is to look to ways out of this unfortunate situation with creativity. Rather than just transfer what we do behind a camera, which can work as an emergency and temporary solution, we need to find different and perhaps more sustainable ways of thinking about our musical careers. What we have learnt in recent months is that the way we address the wider web community has great potential, alongside a stronger dialogue with the local community. 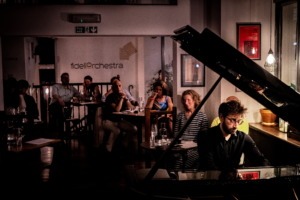 I feel very lucky in being part of the Fidelio Orchestra Café series. Personally speaking I’m ready to take up any new idea that will allow us to change and keep on sharing music as best we can. Isn’t that what matters the most, ultimately? Humans are mortal, but music will always be immortal. While some might find it frightening, to me it’s a quite liberating thought.