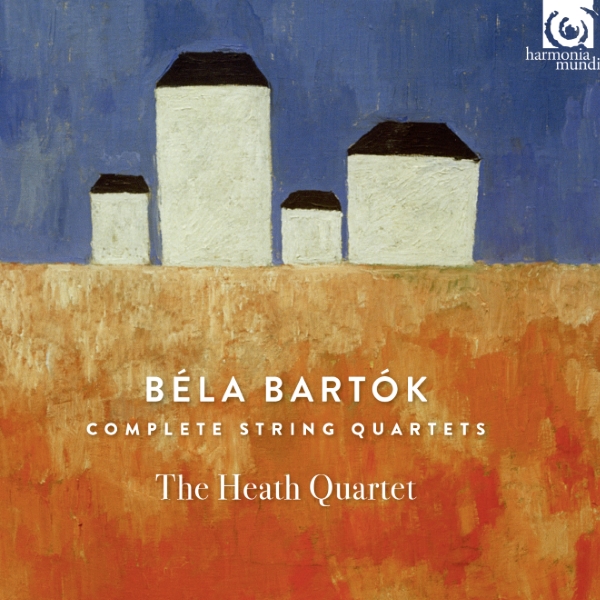 “This is a major release.  Last year I heard the Heath Quartet play Bartok’s Third Quartet in concert and was struck not only by their obvious mastery of Bartok’s idiom but also by the exuberant sense of fantasy – indeed, joy – that they brought to the music…they have a powerful understanding of t he music’s structure, coupled to superlative technical skill. …Newcomers to the Bartok quartets will find this a sincere, imaginative and splendidly played entry point; old hands will quickly find 101 new reasons why these extraordinary work rank among the supreme achievements of 20th-century music.”
Richard Bratby, Gramophone, September 2017

“This complete cycle of the six Bartók sting quartets finds the Heath Quartet at the top of its game… The string tone throughout… is flawless, and ensemble work is exemplary… If there were any argument for yet another recorded cycle of the Bartók quartets entering a crowded market, this is it.”
Matthew Rye, The Strad, August 2017

“The true joy of this survey by the Heath Quartet, taken from live recordings at the Wigmore Hall, is the pungency of performances that capture the essence of Bartók, from the desperation of youthful, unrequited love in the First Quartet, to the anguish of the last, written as war loomed. There is a freshness and immediacy running through every performance which informs the bold modernism of the Third Quartet, notably the feverish, folkish urgency of its final movement, and the surreal language of the Fifth. This is a substantial achievement by the Heath Quartet, which offers new insights into one composer’s fascinating body of work.”
*****
Ken Walton, The Scotsman, 12 June 2017

“A fine achievement – the end of the last quartet, No 6, is quietly devastating.”
Andrew MacGregor, BBC Radio 3 Record Review, 10 June 2017 (CD of the Week)

“The unfolding of the counterpoint in the first two quartets, and whirlwind delicacy and transparency of the final section of the Third, are spellbinding. And their treatment of the deeply tragic finale of the Sixth, which never becomes lachrymose, could hardly be bettered… the totality of the set is undeniably convincing.”
Andrew Clements, The Guardian, 09 June 2017 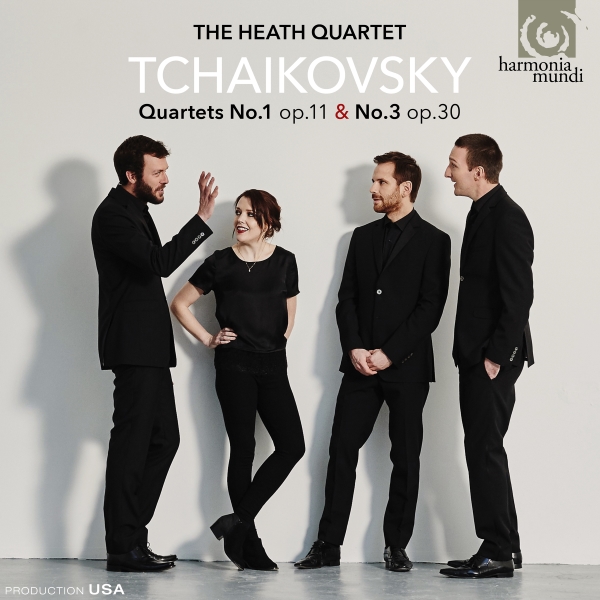 “In the Quartet No 1, the warmth of their playing hits the ear first, but what is really impressive is how naturally they make the changes of pace and mood unfold in the opening movement…. even if these introspective moments are the breath-holding high points of this disc, the Heaths’ upbeat playing is irresistible too.”
Erica Jeal, The Guardian 8 December 2016

“There are celebrated Russian recordings of these quartets with a deeper Slavic passion, but the Heath Quartet brings to Tchaikovsky urgency and a willingness to engage with intensity.”
Richard Fairman, Financial Times 25 November 2016

“In the hymn-like introduction, andante sostenuto, and especially the andante funebre e doloroso, the Heath players pour out Tchaikovsky’s grief for his friend with a depth of tone and virtuosity – in the allegros – that matches the finest Russians on disc. A notable debut.”
Hugh Canning, Sunday Times 20 November 2016 (Album of the Week)

“the Heath Quartet address [the First Quartet] with subdued affection in this endearing recording…but joyous moments also abound…the Heaths unleash a healthy exuberance in its Finale, and again in the Third’s puckish Allegretto. They sign off the later quartet with a radiant topping of optimism underpinned by bristling rhythmic energy.”
Ken Walton, The Scotsman/ 30 November 2016 ****

“one of the things I was very impressed by in this performance is that they make this Tchaikovsky sound almost closer to Brahms in some ways…Tchaikovsky’s thought processes are so often undervalued, we get so swept away by the emotion that we don’t realise he was also a very fine musical thinker too…they [the Heath Quartet] show that you don’t have to go overboard to capture that sense of loss of grief.”
BBC Radio 3 Record Review, 26 November 2016